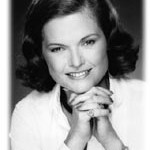 Carl Byker and Mitch Williams, Frontline for “The Meth Epidemic.”
A documentary film that provides a uniquely comprehensive look at the history of methamphetamine in the U.S. and the federal government’s response. (February 14, 2006)

Francesca Rheannon, WFCR (Amherst, MA) for “Voices of HIV.”
A radio series examining the underlying causes, including injection drug use, of the spread of HIV/AIDS in the Latino community in Western Massachusetts. (January 9 – 13, 2006)